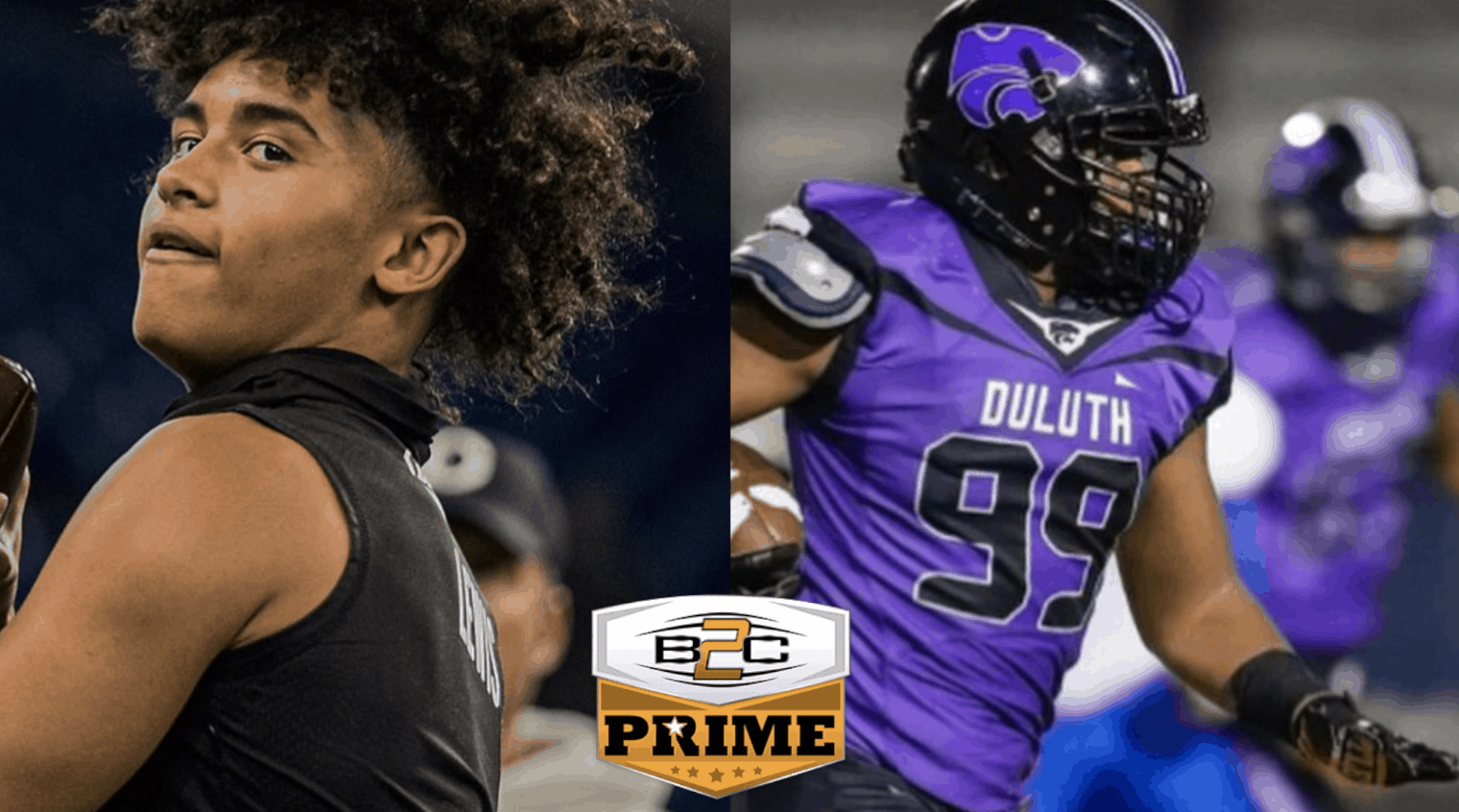 Every year B2C names the top 11 players for high school along with NBC 11 Alive.  This year B2C is doing it for the youth, starting with the 8th Graders. This might be the best class since the 2018 group that included Trevor Lawrence and Justin Fields both were drafted in the first round.  This group was so good that we usually name 11 players but we had to bend the rules just a little bit and name 12.  Please check out the list below. CJ is the modern day linebacker, he is great against the run, he can cover, he is a leader and he is violent. Last year he helped lead he team to the state championship game and was named Linebacker of the Year A nightmare in the open field.  He has developed more at running in between the tackles but Cavalli strength is when he sees grass he is gone.  Great size at RB he will be the next in line of Power 5 running backs that Stephenson produces Last years Lineman of the Year in the 12U Division is special. Can play the interior or exterior of the line.  Smart football player with a great motor and great size, Everyone in South Georgia talks about how good he is going to be In high school and how he has had an impact on the middle school level.  Great size, phenomenal athlete.  One of the premier players on arguably the best defensive line in the state He is special, he can run inside and outside. Never gets caught from behind and runs in the hole with great vision and feet.  He will have McEachern in a position to win their first B2C State Championship. Great size, athletic nightmare.  Last year was the TE of the Year award winner. Sliding down to left tackle this year with Buford where he will have a chance to be the best in the state. Can play the 3 technique or the strength end.  Special against the run and also creating havoc in the backfield.  Will have Carver Road in the B2C Top 21 for the first time in 4 years. Sager plays with pure violence and relentless effort.  Last years 7th Grade defensive player of the Year.  Quinn will have Dalton in the mix this year to be one of the better teams in the state. One of the most gifted athletes in this class in the country. Can play multiple position and have an impact at all of them.  At WR, RB and DB Hicks gets it done.  In the secondary he is a long safety with great range that can have a true impact on the passing game Athletic enough to play linebacker, physical enough to dominate the edge. Plays with relentless aggression and is also highly skilled.  Last years Defensive Player of the Year at 12U for the state of Georgia helped lead his team to a state championship Has an all time top 10 grade from B2C. List includes Trevor Lawrence, Arik Gilbert and Owen Pappoe to name a few on the list. Daverin is almost the perfect defensive end.  Plays with great skill, aggression and motor but what sets him apart is his high football IQ. Similar to current #1 ranked player in the county Lebbeus Overton at Milton.  Last years player of the year for the state of Georgia for 12U has a chance to lead his team to another state state championship and possibly a national championship. Has won the B2C Player of the Year almost every year he has played. Has dominated the youth football circuit. At the youth level he is the complete Quarterback. Julian has arm strength, accuracy, leadership and mental toughness, he checks all the boxes. Last years 7th Grade Player of the Year will be playing up this year for Carrollton 9th Grade team for Coach Joey King. Coach King has helped groom Trevor Lawrence and Tee Webb when he was at Cartersville High School.